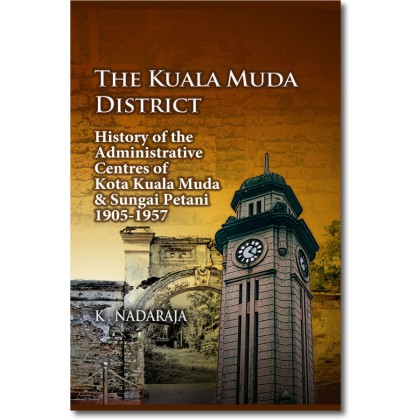 This book on local history discusses some important events that shaped the history of the Kuala Muda District in the first 50 years since the introduction of a modern system of administration in Kedah in 1905 until Malaya’s independence in 1957. More specifically, it highlights the development of the two administrative centres of the district, namely Kota Kuala Muda and Sungai Petani.

The study, first, shows the transformation of Kota Kuala Muda from a feudal territory to a modern administrative centre of the district in 1905 which saw the establishment of several public offices, including the appointment of government officers to run the affairs of the district. It then focuses on Sungai Petani and its emergence as the new administrative centre in 1915, in place of Kota Kuala Muda, leading to the construction of a new township including roads, railway, buildings and expansion of plantation agriculture. The study also deals with some aspects of the Japanese occupation and the Emergency and how these events affected the people in the district. In sum, this book depicts the trials, tribulations and triumphs that the Kuala Muda District had gone through in the past.