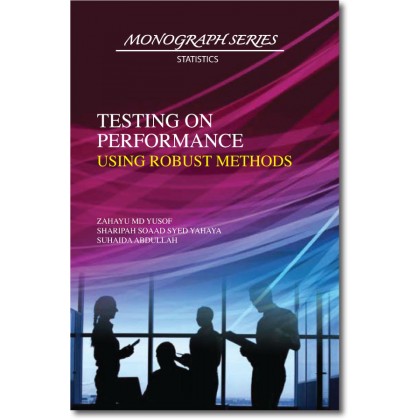 This monograph presents the work on robust procedures when researchers faced with data that appear to violate the assumption of normality and the data with unbalanced design. A simulation method was conducted by the authors to compare the robustness (Type I error) of the method with respect to its counterpart from the parametric and non-parametric aspects namely ANOVA, t-test, Kruskal-Wallis and Mann-Whitney respectively.

The performance of the methods was further demonstrated on real education data. This monograph illustrates new alternative procedures to researchers (in various fields, especially the experimental sciences) which will not be constrained with all the assumptions such as normality and homogeneity of variances. They can instead work with the original data without having to worry about the shape of the distributions.

Best Practice of Outsourcing in Electrical and Electronics Companies in Malaysia
RM19.80
RM22.00

The Needs for a Ubiquitous Collaborative Communication System Among the Cancer Community
RM21.60
RM24.00