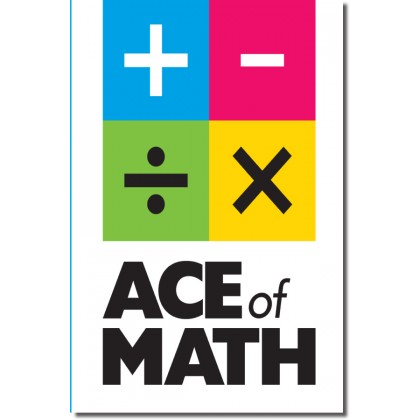 Build equations to solve as many objectives as possible. Practice Math in a FUN and ENGAGING activity.

Ace of Math is a card game produced by implementing the combination of numbers and mathematical equations as to construct an expression of some particular numbers. This card game can be used as an alternative reference and tool to practice mathematical problems within the activities involved by implementing game-based learning. Ace of Math also helps to develop and sharpen the soft skills of the players when they are facing the challenges and opportunities generated by the game.

are addition, subtraction, multiplication and division as to construct simple and complex math expression

to complete certain objectives. The card game enables the players to compete with each other as to fulfill

objectives, such that in the end to become the winner. The implementation of game-based learning helps to motivate players to practice solving simple to complex math problem in a non-threatening and engaging environment.

The card game helps to cultivate players’ potential in exploring the knowledge in math as well as their soft skills while completing the objectives of the game. The card game can be played from two to four players and suitable for 7 years of age and above through the engaging, non-threatening, playful, and competitive environment created by the card game itself. The biggest part of the game play requires the players to play the game which involve the elements of discussions, decision making and information.